Why use task dependencies?

If you are familiar with Gantt charts, you’ll know that the creation of task dependencies is a feature. At first glance, the function may appear daunting but, by simply using it, your team will quickly get used to its value. In this article we explain, in six points, why you will benefit from using task dependencies.

When you start a new project, you will probably want to have an overview of all the various tasks your team will be required to carry out. The aim is to avoid wasting time or performing unnecessary actions.

The division and scheduling of project tasks are vital steps. The division phase allows all the tasks involved in a project to be identified, while scheduling establishes the order in which the tasks will be carried out.

Imagine the following situation: your team has been asked to produce an annual report for your company’s shareholders. You consider the tasks related to the preparation of this report: research, writing, graphics, layout, printing, and so-on. Depending on the complexity of the report, or the requirements of your company, there may be more tasks than expected, hence the importance of planning all the different stages of your project from start to finish. 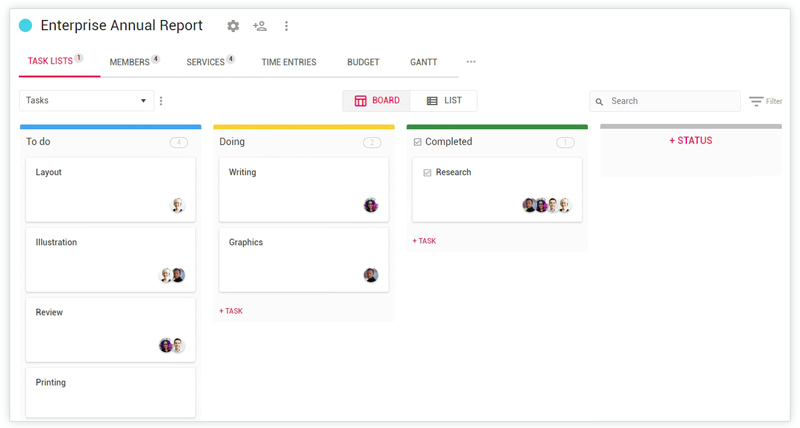 As we mentioned earlier, there is a reason why task dependencies are useful: they structure the tasks in chronological order. Like a recipe, the steps must be followed, one after the other. While it might seem to be a good idea to make progress by doing certain tasks before others, this increases the risk of errors and of compromising your project.

In the example we used, for example, you may have decided to produce a set of graphs for the report in the second-to last week of April. Bob, the graphic designer on your team, is ahead of schedule and decides to produce the graphs in the first week of April. Unexpectedly, just after Bob finishes making a great image, the company changes its branding. Bob will then have to use up additional time to modify the images accordingly.

A lack of transparency is a common mistake in many project teams. If your team members don’t all have access to the same information, this can clearly harm the project, as well as the group’s cohesion. Fortunately, this problem can be solved by setting up a Gantt chart and establishing its task dependencies. In this way, the whole team knows who is working on what, when, and in what order.

Start on the Free plan!

Sign up and enjoy Free project management and time tracking for you and your team!

Let’s go back to the example of your annual report. Knowing the different skill sets of your colleagues, you decide to entrust the text to Ginny and the graphics to Bob. Reassured by the trust you’ve place in them, they make a point of carrying out their tasks at the same time, to avoid any delays at the page layout stage.

Calculating the time required for the project

To deliver a project on time, it is crucial to estimate the time-to-completion accurately. Calculate the time required for each task, and never hesitate to add extra time in order to have a good margin of maneuver should problems arise.

Let’s say you reckon on three days for Ginny to write her text. In order not to take any risks, you decide to add one day to the deadline, in case she needs to respond to any other urgent business affecting your team during this period. 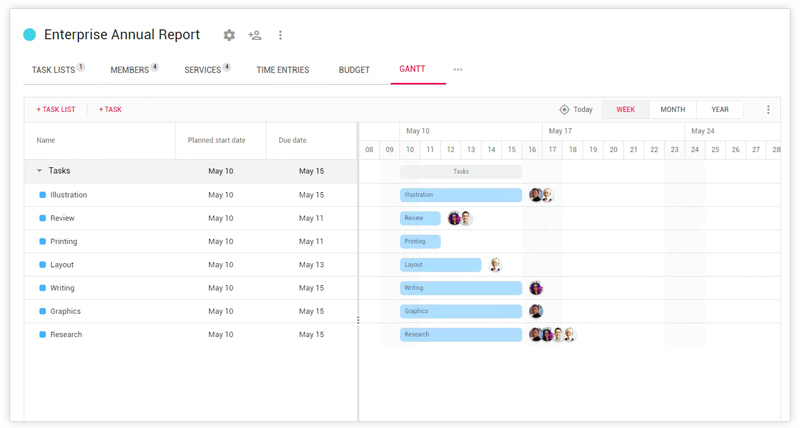 A project is effectively accomplished when all the different members of a team are able to respect the deadlines associated with their respective tasks. However, to keep things running smoothly, it is recommended to avoid any conflict of scheduling which might involve a team member working on two simultaneously ongoing tasks.

In our example, Bob is responsible for the graphs for our annual report, but also for the illustration on the title page. He can do these two tasks one after the other, but not both at the same time. Here, to get ahead on your schedule, you might use a freelance illustrator, for example. 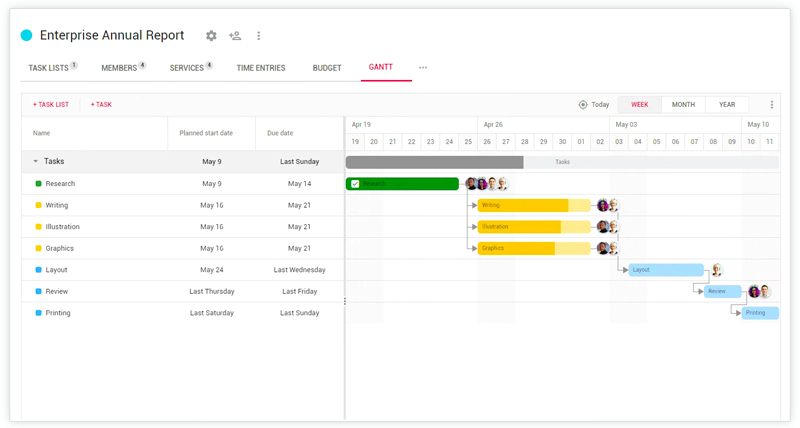 Making adjustments in case of delays or advances

From a manager’s point of view, one of the advantages of working with task dependencies lies in gaining better supervision of your projects. You will always be aware of the tasks your team members are busy working on. In addition, if you have taken the time to ensure effective communications within your team, your colleagues won’t hesitate to make sure any glitches or good progress are reported in a timely manner. You can then make adjustments to best suit the changed circumstances.

In the case of our annual report, Bob will be obliged to delay the delivery of his graphics if the numbers he needs haven’t been sent to him. As a result, the report may arrive late at the printing stage. Meanwhile, if Ginny got all the texts prepared in less than the allotted four days, she will be free to push the project forward by giving Isabel a hand with the layout. 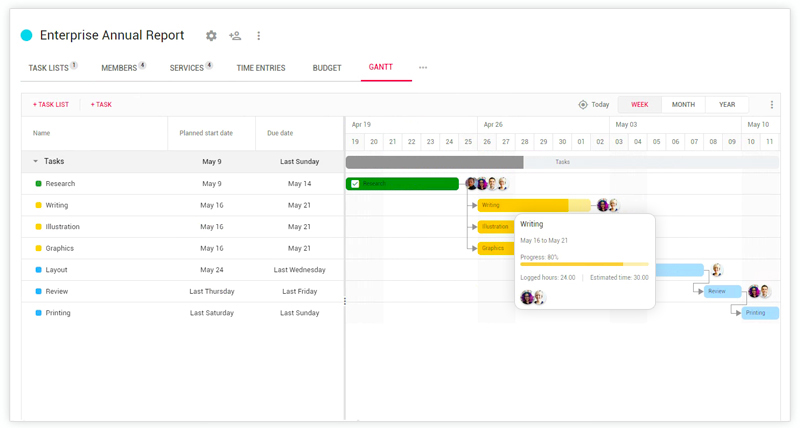 Task dependencies: not only for annual reports!

As you can imagine, the report example we have used here isn’t the only area where task dependencies are useful. They can be used in design, marketing, computer programming and all other project types. Whatever the composition of your team, task dependencies facilitate communication between team members and allow your project to be delivered on time.

Why not familiarize yourself with the Gantt chart concept and task dependencies. Our on-line solution, Nutcache, offers these features along with other tools for project management — creating invoices, for example.

Register now to take advantage of our 14-day free trial!

About the Author: Marc Guévin

Marc has been part of the Nutcache team since day one. As the marketing specialist, Marc does his best to develop the Nutcache brand and make it shine by sharing the Nutcache love with all business owners out there. =)